Bowls - Gosport Borough Council and our grounds maintenance contractor Sodexo are responsible for maintaining the six bowling greens around the Borough. This season they are all open from the 13th April until the 13th September.

Cricket - There are four cricket squares provided by Gosport Borough Council in the Borough. Two sites provide cricket matches between the months of April to September. They are Privett Park and Rowner Green.

Football - We have numerous pitches available for hire in the Borough. They are available from late August until early May each season. Privett Park plays host to Gosport Borough Football Club who currently compete in the Sydenhams Wessex League.

Rugby - Gosport currently has six pitches situated at Gosport Park home of the Gosport and Fareham Rugby Club who currently compete in London South Two. G & F have developed a good youth set up at Gosport Park to encourage the rugby stars of the future. There is also woman's and girls rugby sections at the club. 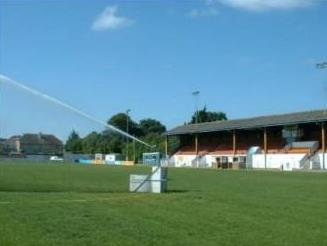