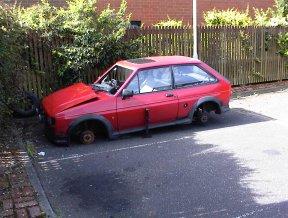 behaviour. Hundreds of thousands of old cars are dumped on the streets of Britain.

The Borough Council operates a service to remove abandoned vehicles.

It is Council policy to deal with abandoned vehicles as quickly as possible, and to keep to a minimum the problems they cause.

In addition, Gosport Borough Council now has direct links to the Driver Vehicle Licensing Authority (DVLA) which will enable the registered owner to be more quickly identified and speed up the process of dealing with abandoned vehicles. Untaxed vehicles left on the public highway are reported to the DVLA.

The vast majority of motorists pay their vehicle tax with latest figures confirming that over 99% of motorists' tax their vehicles on time. Most on-road enforcement action by the DVLA is now based on using Automatic Number Plate Readers.  The police also have access to DVLA records via the police national computer.

You can check the tax status of any vehicle including those abandoned at www.gov.uk/check-vehicle-tax

What are the signs that a vehicle may be abandoned?

A vehicle may be abandoned if it is;

What happens once I have reported an abandoned vehicle? 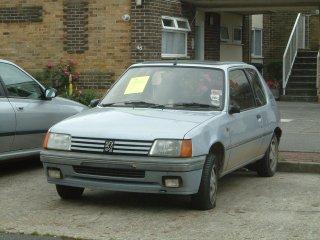 It is against the law to abandon a vehicle (Refuse Disposal Amenity Act 1978) and if convicted can cost up to £2,500 or 3 months in prison.

What if my car has been moved?

An abandoned vehicle may be towed away within 24 hours and most will then be destroyed. Only vehicles in a very good condition will be stored, while efforts are made to trace the owner. Owners will have to satisfy the Council that they are the legitimate owner of a vehicle and produce a V5 registration document/log book and proof of ID before they can be returned and the costs recovered.